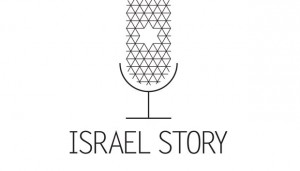 I just came back from a two week trip to Israel! It was my first time there, and while I am not going to provide too much detail about my trip, I do want to share one single story, because this story helps defines Israel and the Israeli culture a bit.

During our tour of Israel we met an Israeli during a Jeep tour in the Golan Heights. He used to be special forces and Mossad, and spent his life protecting the Israeli borders. After years of service, he was in his home with his family when a terrorist entered. He was shot eight times and fell into a coma. He awoke after a few weeks to the news that luckily his 3 month old and 4 year old were alive, but his wife was killed and he was paralyzed.

He was lost, distraught and all he wanted to do, after years of service for Israel, was to leave and return to France, where he was born. But one day after his physical therapy session he sat down next to an old man. They started talking and he learned that the old man lost his first wife to the holocaust, and I then lost his second wife to a Syrian mortar attack. Yet he stayed!

Now, the Israeli who shared the story with us was much more impactful, but I think the meaning of his story is clear – we stay because this is our home, and as long as we survive, and Israel survives, then the terrorists can not win. This is one story, but we heard many stories like it: From our tour guide who served in the Israeli Military and lost many friends during the recent Gaza war, to the Taxi driver who served in the tank brigade in 1963 and 1974, and First Lebanon war in 1981. What is important about all these stories is it helps us understand Israel, and the Israeli’s who live there.

Obviously, our business stories may not have deep meaning as the ones above (though they may), but to understand what we do, and how we help, we need to make sure people understand our stories. The reason I wanted to share this particular story, is because it demonstrates how a single experience in life, can tell more about a country, a company, or a product, then all the data sheets, white papers, or brochures.